The different approaches for the treatment of patellar instability include:

Pharmacological interventions include management of pain using medicinal preparations such as pain- relieving capsules or injections.

Viscosupplementation refers to the injection of a hyaluronan preparation into the joint. Hyaluronan is a natural substance present in the joint fluid that assists in lubrication. It allows smooth movement of the cartilage covered articulating surfaces of the joint.

Cortisone is a corticosteroid released by the adrenal gland in response to stress and is a potent anti-inflammatory agent. Cortisone injections are recommended in injuries that cause pain and inflammation, and those that don’t require surgical treatment. One such condition is frozen shoulder.

Artificial preparations containing cortisone are injected directly into the affected joint to relieve pain and reduce inflammation. The effects of cortisone injections may last for several weeks.

Physiotherapy or physical therapy is an exercise program that helps you to improve movement, relieve pain, encourage blood flow for faster healing, and restore your physical function and fitness level. It can be prescribed as an individual treatment program or combined with other treatments. It involves a combination of education, manual therapy, exercises and techniques such as water, heat, cold, electrical stimulation and ultrasound.

What is Medial Patellofemoral Ligament Reconstruction?

Graft Selection and Harvest: Your surgeon will make a 4-6 cm skin incision over your knee, at the midpoint between the medial epicondyle and the medial aspect of the patella (kneecap). The underlying subcutaneous fat and fascia are cut apart to expose the adductor tendon. The tendon is then stripped using a tendon stripper and its free end is sutured. The diameter of the tendon graft is measured using a sizer.

Alternatively, a graft can be harvested from the quadriceps tendon.

Location of the Femoral Isometric Point: The graft should be placed isometrically to prevent it from overstretching and causing failure during joint movements. A transverse hole measuring 2.5 mm is made through the patella. Then a small incision is made over the lateral side of the patella and a strand of Vicryl suture material is inserted through the hole. Over this strand, a 2.5 mm Kirschner wire (K-wire) is passed and then inserted into the bone besides the medial epicondyle.

An instrument called pneumatic isometer is inserted into the hole made in the patella and the Vicryl isometric measurement suture material is also passed along. The knee is taken through its full range of motion and any changes happening in the length between the medial epicondylar K-wire and the medial aspect of the patella is recorded on the isometer. The position of the K-wire will be adjusted until no deviations are read on the isometer during full range of motion. Once the isometric point is identified, a tunnel is drilled starting from the insertion of the adductor tendon until the isometric point is reached. The graft is pulled through this tunnel, then exits at the medial condyle and again passed through another tunnel that is made through the patella.

Correct Tension: The tension is set in the graft with your knee flexed up to 90ºand the tension should be appropriate enough to control lateral excursion.

Secure Fixation: After bringing the tendon graft from the medial to the lateral side through the bone tunnel, it is turned onto the front surface of the patella where it is sutured.

Avoid Condylar Rubbing and Impingement: After graft fixation, the range of motion is checked to make sure there are no restrictions in patellar or knee movements. The graft should not impinge or rub against the medial femoral condyle. If it is detected, the graft is suitably adjusted into proper position.

A knee brace should be used during walking in the first 3-6 weeks after surgery. Avoid climbing stairs, squatting and stretching your leg until there is adequate healing of the tendon. Rehabilitation exercises, continuous passive motion and active exercises will be recommended. 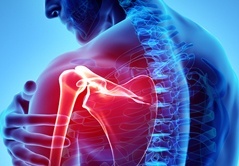